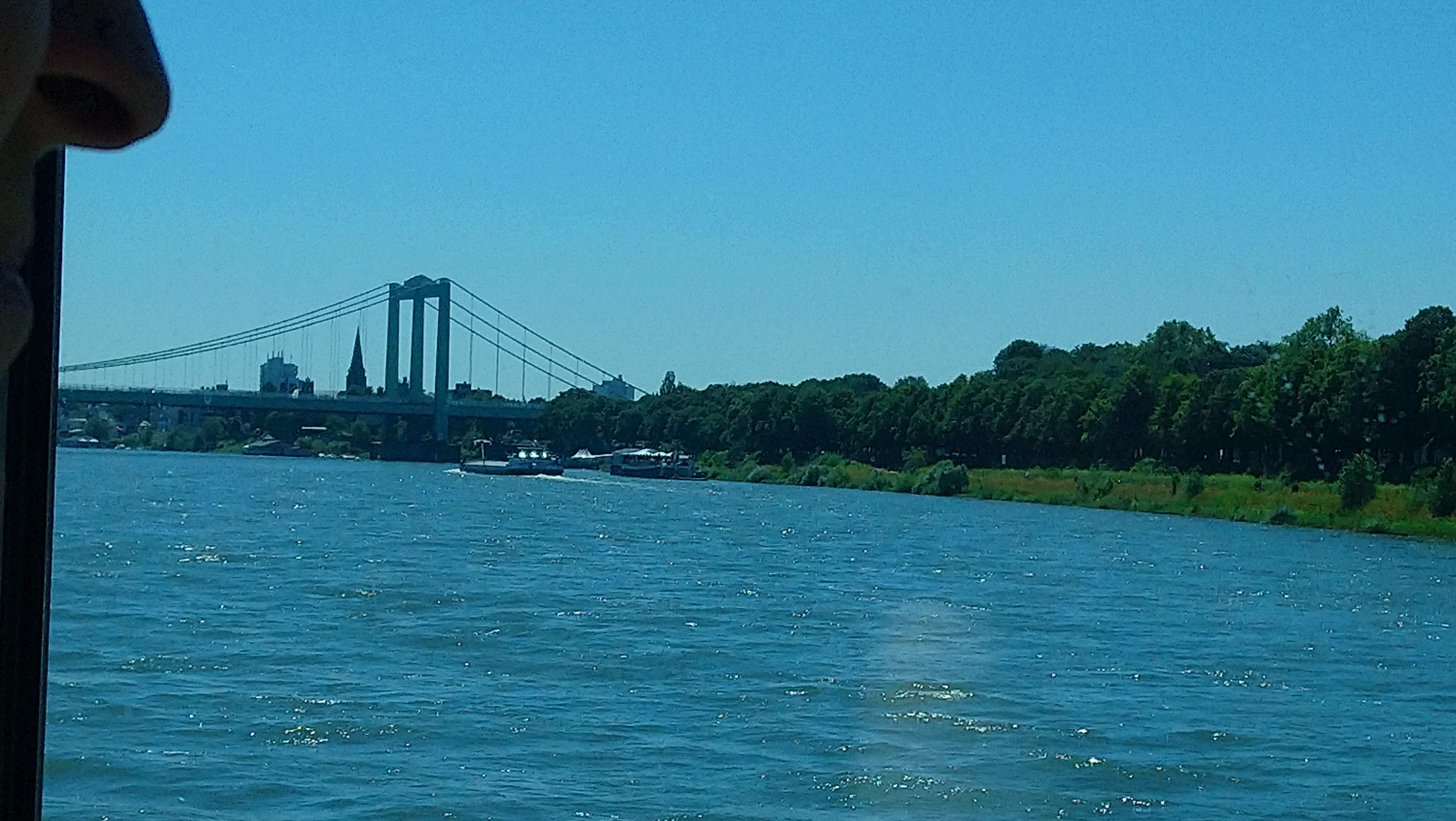 We woke early this morning, plans and all. It’s hot outside but we have air conditioning in the hotel. All in all, it was rather pleasant inside.

Of course we eventually had to go out to get reservations for our days entertainment. We also had time for some tea, water and, of course beer.

And there was the mandatory boat trip on the Rhine. We just did an hour long tour, and took the opportunity to take photos from the river, though at this point they’re still on the camera rather than uploaded where they can be shared.

We sat inside due to the silly weather, in an air conditioned lounge, sipping beer and gulping water, so it was very relaxing over all.

After the boat ride we spent some time back in the centre, and showered for the evening. The hotel has a bbq every weekend so we thought to try it. There was a LOT of meat and fish, not to mention breads, pastas and salads. We were more than full up after a plate and a half! Probably gained about 5kg in the process too.

Sleep was difficult that night. Too much food made it uncomfortable. Our own fault of course but still.

The following morning saw us walking down to the Lindt sponsored chocolate museum. A fun little experience in a mostly cool building. I say mostly as the route did go through a tropical greenhouse which was anything but.

There were samples a-plenty and gift shops and cafés. They even had chocolate infused beer, though we declined that one and had a regular kölsch outside after it was done.

Lunch was a pizza in a little Italian restaurant and the afternoon was spent walking back.

Of course we just had to try out the local Delirium Café in the evening, but it wasn’t ideal. Nothing wrong with the place but the a/c nor the Wi-Fi were working, and the heat combined with the strong Belgian beer left Louise feeling suboptimal.