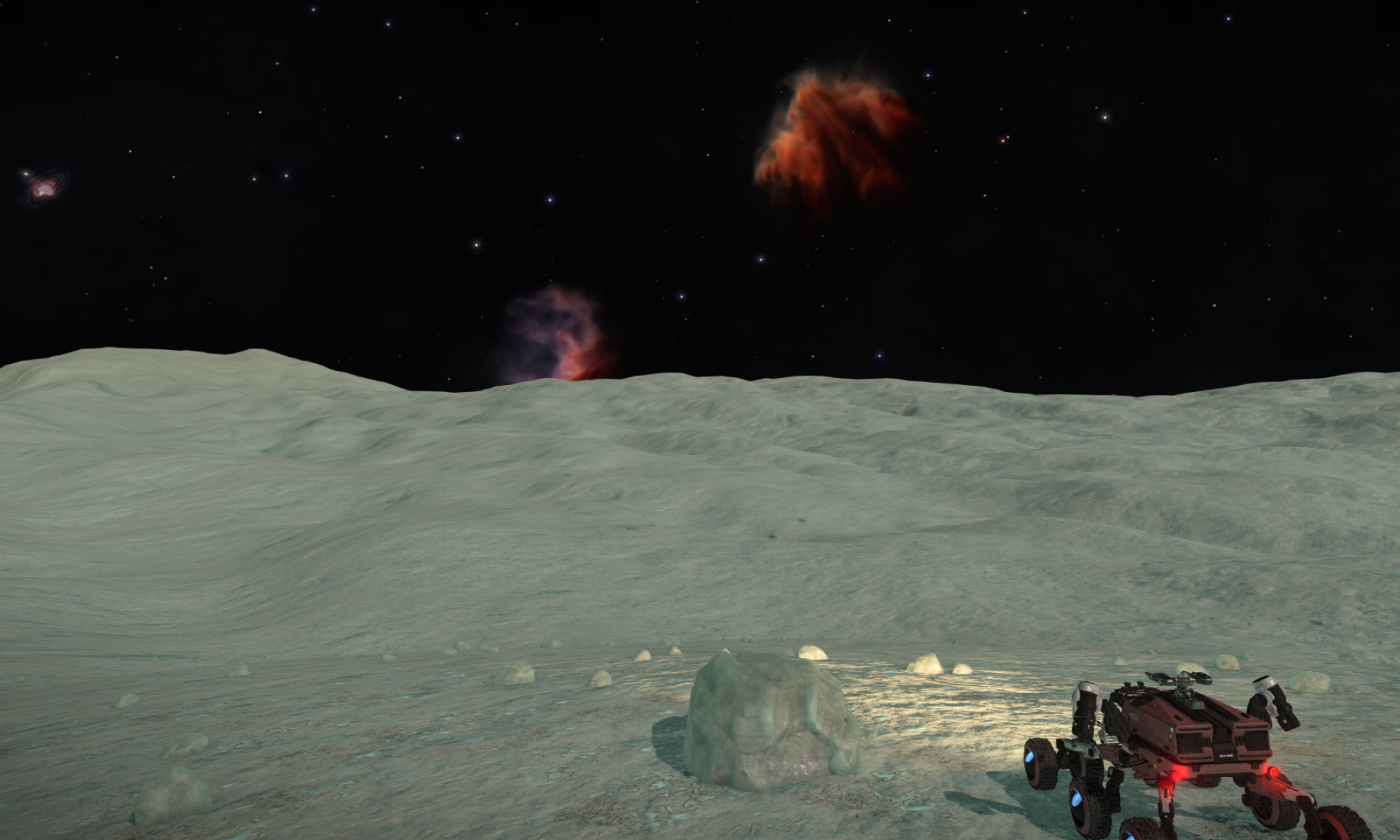 Day 3: My scanners have detected what seems to be a settlement of some kind. I’m going in, not much choice, if I don’t land soon then I’ll be stuck. It’s not far, and I should be able to land close. It’s the 3rd moon of the only planet in system.

Day 4: I got down safe, but the place is deserted. There’s dust everywhere, but no sign of recent habitation. The power is still on though, thank the universe for solar energy. There seems to be food too, both frozen and dehydrated, and a plentiful supply of water. Unfortunately, no fuel store I’m going to be here a while.

Day 5: Dammit, the comms are out. No way I’m getting a message out of here in a hurry. Between this and the damage to my ship, bah… not fun.

Day 12: The ship’s computer is up, and I was able to patch up the canopy. I seriously could use an AFM unit right now though. Not that it’d do me much good without fuel, but it’s a start. The base transmitters are a no hoper though. Going to have to scavenge what I can to boost the ship’s signal. At least I’m alive.

Day 48: Found a crashed fighter today, a condor. The remains of the pilot were still slumped over the console. Not the most fun. Still, there was water, and I was able to scavenge some parts. No idea what the pilot was thinking though, piloting it locally… unless the mothership was too far gone. Who knows.

Day 51: I got a signal out, I think. I called the Fuel Rats. With help from then I might get off this dustball. At least the food’s holding up, there were supplies for 8 people in the base.

Day 89: I think I found the mothership for the fighter from before. If it is, then I am no longer surprised the pilot left in the fighter. Even from a distance it’s obviously infected with… something. There are barnacles growing out from inside it.

Day 102: Well, that’s it for exploring. I have no more fuel for my SRV, and haven’t been able to find anything to synthicise. Still no response to my SOS either.

Day 306: Had a visitor today. There was a boom high in the sky and a ship flew over. Didn’t respond to my comms though, just scanned my ship and flew off over the horizon.

Day 307: Damn that pilot. Must have come back last night. There were SRV tracks all round my camp and my supplies had been ransacked. Even more urgent that help arrives soon now. I sent another message out. All I can do now is pray.

Fuel Rats FR-603/Mission Report: We found the ship. But it’s long dead; it’s pilot a skeleton, and a slow leak in the cannopy. We think, no… we’re sure he died in his sleep over 4 years ago. I have no idea how a ship like this got out this far. The fuel scoop looks like it was patched together from old modular terminals, and the FSD’s fried. If only we’d got here soon enough to pick him up… But the ship wasn’t going anywhere.

We found some logs, attempting to decrypt while we head home. See you in six months, dispatch. FR-603 signing off.