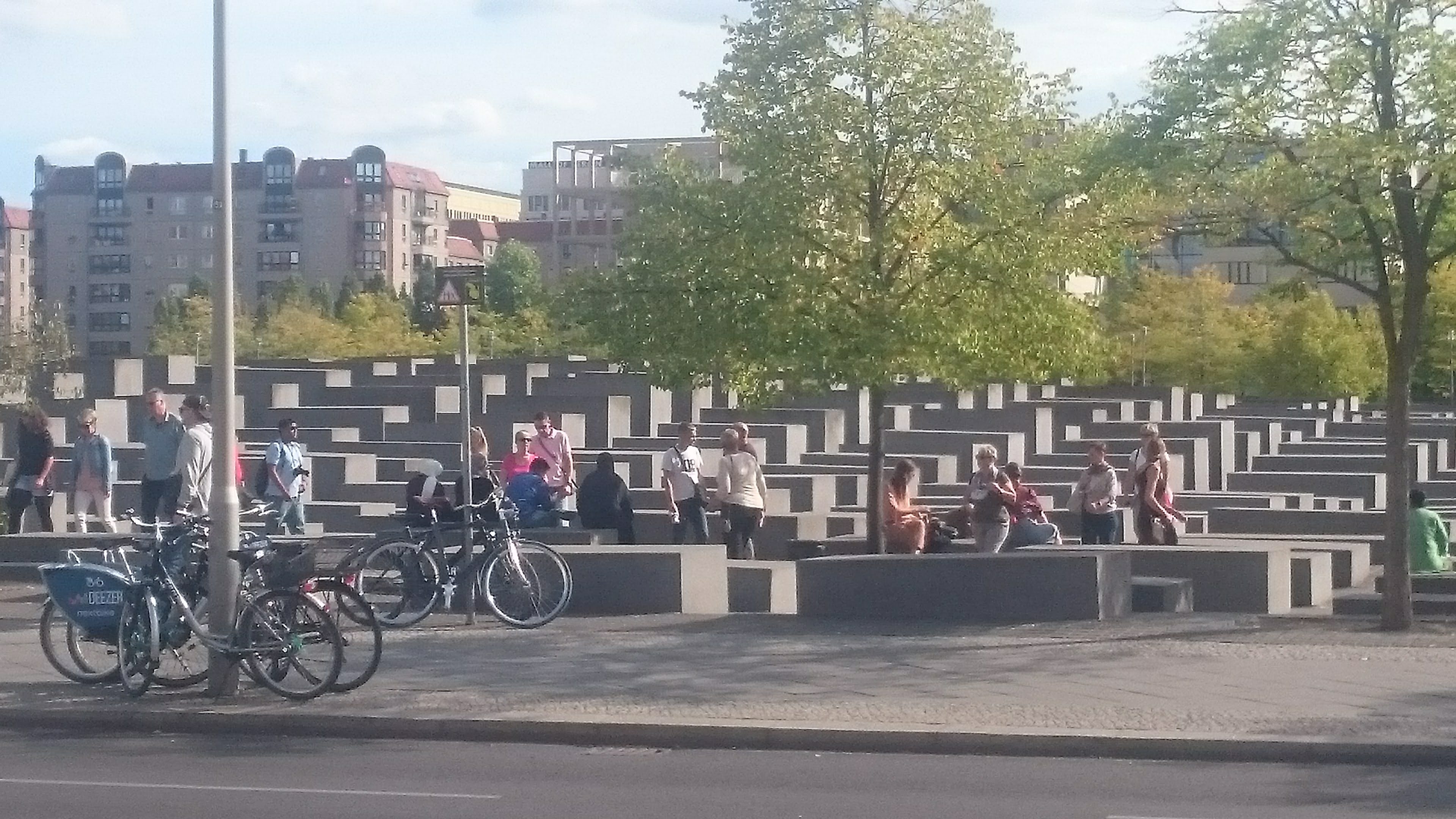 A hard but fun day. Up at 2am to get to the airport in time – at least we had coffee before leaving. The roads were fairly clear, the airport queues were long. The flight (with easyJet) was crowded on a plane with seating designed for children, and the staff at Shöenfeld were far less efficient than I was led to believe.

Anyway, a short trip by S-Bahn brought us to our hotel, where efficiency was more evident. We were meant to check in at 3pm, but when we arrived to drop cases off just before 11am they told us the room was all but ready and if we could wait 10 minutes, we could go in. The guy directed us to the hotel coffee shop and true to form we got the room keys as we were finishing our drink.

We unpacked, had a nap and headed out to see what we could. The Kaiser Wilhelm Memorial Church was close and we could see the tower from the corner, so that was to be our first port of call. We didn’t go in of course but took a couple of photos outside.

It was about this point we were distracted by a market surrounding a beer garden, wo we had to sample the local bratwurst and weissbier. Needless to say it was good, very good, and set us up nicely to move on to our next stop, the Brandenburg Gate.

Did I mention how good the beer was? I think we’ll be back there again some time before we’re done! Anyway, apart from the photo, we didn’t do a lot at the gate, and so we wandered off in search of Checkpoint Charlie, not really expecting much of course. On the way there, we passed a few embassies, including the US, the British and I think, the Russian, though I could be mistaken about that last.

Across the road from the US embassy was the Holocaust Memorial, which we didn’t go into, though plenty did, going by the photograph.

From there we reached the checkpoint, although neither of us considered it worth a photo, and looked for somewhere to sit down, since we’d been doing a LOT of walking. Where we did, was Murphy’s Irish Pub, just a few metres down the road, where we settled for a glass of stout and a whiskey before looking for the way home – which happened to be the U-Bahn. This lead to showering, coffee in the room and basically getting ready to go back out for our evening dinner.

Which was also nice. We looked round and eventually found a place (the name escapes me but I may correct this later) where we have some shnitzel and a few beers. After that is was an early night… More later.